The Heart Of Madrid

The Puerta del Sol, or ‘gate of the sun’ is so named because it was once the site of  a gate which faced the east and was adorned with an image of the sun. The gate was first built in the fifteenth century, but the building now at the heart of
the square, the Real Casa de Correos, was originally built in the 18th century. At that time the square was the place to go for news and gossip, the destination of couriers all over Spain. The building, no longer the Post Office, is now the headquarters of the President of Madrid’s Autonomous Community.

The clock tower of the Casa de Correos is the famous clock all Spaniards watch on New Year’s Eve, counting down the chimes to midnight. Tradition dictates that Spaniards must eat a grape with each chime of the clock – if they are successful, this indicates a fruitful year ahead…

The Puerta del Sol is also geographically significant for the whole of Spain; a stone slab on the pavement marks Kilometre Zero, which is the official starting point for Spain’s 6 National Roads.

Also in the square is the stature of El oso & Madroño, or The Bear and the Tree, which is the official symbol of the city. The origin of the statue, and the symbol, is unclear; however, it may be as simple as an allusion to the bears in the fields around Madrid and the trees which used to grow there! It has been moved several times in its history, but now stands where it was originally intended to. It is the work of sculptor Antonio Navarro Santa Fe.

More recently the square has been the home of thousands of indignados, or  protestors, who congregated there in May 2011 during regional elections to demonstrate their dissatisfaction with the government and the Spanish economy. The original camps were cleared by the police, but in late July 2011 the  quare was once more packed with tents and stalls, welcoming marchers
from all over the country. The marchers, their act a response to the country’s debt crisis and a demand for ‘real democracy’, were welcomed with the sign “Bienvenida dignidad”, or “Welcome dignity”. 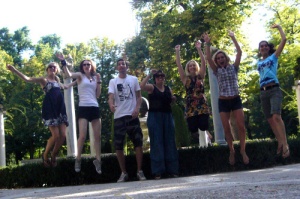 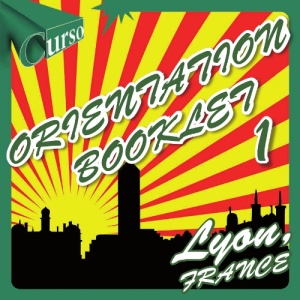 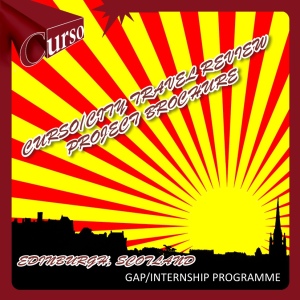 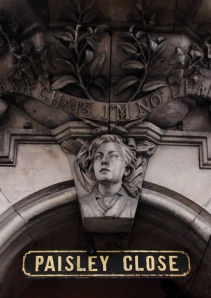 In the Streets of Edinburgh: Nearly midnight in Edinburgh. My flatmate and I are heading home after an  evening of exploring the backyards. As we pass the Grassmarket, we can hear from afar the raw sound of music. Magically attracted, we stand in front of a musician with a powerful and hypnotic voice. It goes right through us. The yellow light of the tunnel he is standing in creates a mystic atmosphere. His clothes are those of a veteran performer. His locks are flying in the wind and his hands are swollen and blue from the icy cold. Expressive and clear, he performs the last lines of “Hotel California” from The Eagles. Only when he finishes his song does he register us, looking at us with alert and striking eyes. As if to ask what his new found audience is asking of him.

His name is Martin Kelly from Killimer, County Clare (Ireland) and he has just arrived in town after a five year absence. He has been travelling the
world and living the free life of a busker. So I ask him why he had decided to return to this city after being gone for so long. He says it was because
of its spirit. “Once you could make a good living on the streets of Edinburgh”, he explains, adding regretfully that it seems at the present moment that this is no longer the case. Things have changed over the years. “There seems to be a lot more of a seedy side to the streets nowadays.” I ask him why he has picked this place to perform than on the busy Grassmarket. He answers with a proud smile on his face: “My voice has improved over the years since I left and in turn the power of delivery is not for the faint hearted people who live on the Grassmarket.”….

This project has been funded with support from the European Commission.
This publication [communication] reflects the views only of the author, and the Commission cannot be held responsible for any use which may be made of the information contained therein. 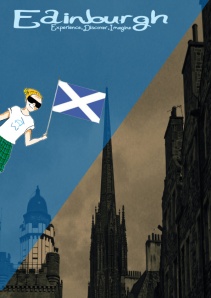 Experience The Lifestyle, Edinburgh From The Inside: Inspired by a video montage that is currently being shown at the National Museum in Edinburgh, this piece attempts to create a vision of Edinburgh, its delicacies and its culture from the inside.

‘Edinburgh is home to some of the greatest and some of the strangest people I have ever met; rarely do you get to see such a wild variety of people sharing the pavements.’

‘Edinburgh might be small, but you couldn’t run out of things to do if you tried.’

‘Edinburgh pretends to go to sleep at 3am but you can always manage to get a pint or a chippy from behind closed doors.’

‘The meadows and the word procrastination go hand in hand.’

‘The meadows? Probably the one place in Edinburgh where I seem to get blown over, every winter without fail.’

‘The meadows are like a giant solar panel; they are deserted for most of the year until the sun comes out, then, you can’t seem to find a space on the grass amongst the circus of Frisbees, footballs, tight rope walkers, musicians and people trying to sunbathe in Scotland – I have no idea where they all hide for the rest of the year?!’

‘Irn Bru is possibly the most revolting drink in the world’

‘Irn Bru is a work of genius, every time I wake up feeling horrendous after a night out, I reach over to my bedside table where I have carefully placed a bottle next to my paracetamol the night before and suddenly the world becomes a brighter place.’

Madrid is divided into a number of different ‘barrios’, each with its own distinct character. Sol is the heart of the city with the other areas clustered around it. A short impression which is interesting for tourists is given here as an orientation for first time visitors.
Team CTR 2011 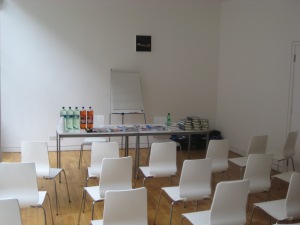 If taking a walk down Edinburgh’s Royal Mile, you may stumble upon the oldest house in this street. This was once the home of John Knox, an influential figure in the history of the reformation of Scotland during the 16th century. Knox was born in 1505 in Haddington, a town that lies just outside the city of Edinburgh. Although he was ordained as a priest into the Roman Catholic church, he soon began to lose his faith and drift towards views of Presbyterianism. At that time, Scotland was a country with strong Roman Catholic leanings but during the 1500s many were starting to doubt their faith and the period of religious reformation began. Knox was one of the many. A strong orator, Knox voiced his views of religious reform across Edinburgh and Scotland and influenced a great number of people. He himself was a follower of another of Scotland’s famous reformers, John Calvin.

Knox regularly preached in St Giles Cathedral in the centre of the Royal Mile. This monument soon became the centre of the protestant religion in Scotland. His stay in the old house on the Royal Mile was short (due to….) but it is thought that he may also have died here in 1572 during the last few days of the siege of Edinburgh Castle. The building which was constructed in the 1500’s still stands and is now a museum that celebrates the life of Knox and the history of religious reformation in Scotland. (It is) An interesting museum for those looking to learn more about the history of Edinburgh and the people that shaped the capital as it stands today.

Opening hours of the museum are Monday – Saturday, 10am until 6pm and Sundays from 12pm until 6pm during July and August only. Admission is £3.50 for adults, £3 concession and £1 for children.
Team Edinburgh September 2009